We offer Abortion Pill Reversal for those who have taken the first of the two abortion pills. Time is of the essence.

When it is not too late: can a medical abortion be reversed?

Juanita* had been nauseous to the verge of vomiting and she suspected she was pregnant. Should she tell her husband? They already had 3 children under the age of 7 and thought another child would put a strain on their family.  Her husband already was working extra hours to make ends meet.

Her fears were confirmed with the appearance of an extra blue line on a pregnancy test. She had seen billboard advertising by Planned Parenthood offering help with unplanned pregnancy.  She decided to go.

On arriving at the facility, they quickly whisked her into an exam room. A bedside ultrasound confirmed she was 6 weeks pregnant. The medical assistant explained the procedure of medical abortion:  She was to swallow a single abortion pill (RU-486 or mifepristone) and follow it the next day by swallowing 4 other tablets (misoprostol).  She was told that side effects of misoprostol were limited to mild cramping and bleeding.  While she was skeptical about the casual way side effects were seemingly minimized, she felt she had to end her pregnancy.

She swallowed the first pill quickly; she placed the envelope with the other four pills (misoprostol), which she would take the next day, in her purse.

Within moments after she got home, she informed her husband and immediately felt regret. Her husband had seemed excited that she was pregnant and was disappointed she had gone to Planned Parenthood. She felt awful. She desperately wished she could turn back the clock.

She called Planned Parenthood about reversing the effect of the pill she had taken. They told her there was nothing they could do and there was no intervention possible.

She felt anguish and said a silent prayer— “Lord help me…there must be a way.”  She opened her computer’s web browser using the key words abortion reversal. Within the first few options displayed was the abortion reversal website. The website offered the help she was told was not possible only moments before.

Within 20 minutes of her calling, my cell phone vibrated in my pocket and I struggled to retrieve it.  The caller was Kelly, one of hundreds of volunteer nurses in the abortion reversal network.  Quickly she conveyed the key details of Juanita’s story, her gestational age, the timing of her having taken the abortion pill and her phone number.

I then called Juanita, confirmed the facts, and related to her that I was one of the network’s physicians.  I reviewed her history, medical background and asked additional questions.  I then explained the process, arranged for her to obtain the medication she needed at her pharmacy, and then arranged for a time for her to meet with me in my medical office.  I saw her and her husband a few days later.  While she had experienced some light spotting and some cramping, a bedside ultrasound confirmed her baby’s heartbeat and as well as fetal movement.  She decided to continue prenatal care with me in my practice.  The subsequent prenatal course was uneventful, and she successfully delivered a healthy baby boy.

Juanita’s story is increasingly common in an age where 1/3 of abortions are now chemical rather than surgical.  Many women are ambivalent and agonize about the decision to abort a child.  Frederica Mathewes-Green a researcher and author (who once was “pro-choice”) summed up her research stating, “There is a tremendous sadness and loneliness in the cry ‘A woman’s right to choose.’ No one wants an abortion as she wants an ice-cream cone or a Porsche. She wants an abortion as an animal, caught in a trap, wants to gnaw off its own leg.”

The abortion pill seemingly simplifies the process. Instead of a surgical procedure, a woman only has to take a single pill followed by another medication to cause cramping and evacuation of the now dead baby.  These pills can be used up until 9 weeks of pregnancy.  A research study by Planned Parenthood claims “success” in ending the pregnancy up to 98% of the time.

The pill is mifepristone.  It works by blocking the receptor sites for progesterone—a hormone that rises rapidly in pregnancy and that is critical for the sustenance of developing fetus in the first trimester.

The antidote, therefore, is to provide enough additional progesterone to the mother to overwhelm the ability of the abortion pill to successfully block the support for the early pregnancy.

While many women and many health care professionals are unaware of the option, the abortion pill reversal strategy has been in place for almost 10 years and the network has grown to over 600 physicians who volunteer to be available to assist women who change their mind about the initial decision they made to have a chemical abortion.

Does it work? The results thus far show that 64-68% of women who take progesterone within 72 hours of having taken the abortion pill are able to continue their pregnancies.  In fact, since Dr. Delgado, a family physician in southern California, started the network, over 900 babies have been rescued from death caused by chemical abortion.  Without intervention, well over 90% of chemical abortions do result in a completed abortion according to a 2017 study in the British medical journal.

Of course, some 35% of women may not be as fortunate as Juanita and will lose their baby despite taking large doses of progesterone to counteract the effect of the abortion pill.  At the same time, approximately 20% of normal pregnancies end in miscarriage even if the mother never took an abortion pill.  Thus, the impact of utilizing the abortion pill reversal protocol is significant.

Whether a woman who changes her mind in the process of having a chemical abortion is able to carry the pregnancy or not, she ought to be offered the choice.  Sadly, many doctors who claim to be “pro-choice” are opposed to offering this information to women.  The research to date is reassuring that there is no increase in fetal birth defects from having taken mifepristone or progesterone.  Furthermore, progesterone is a natural hormone in women that normally rises in pregnancy in order for the pregnancy to continue.  Supplemental progesterone has been used safely in pregnancy for over 40 years and is a critical treatment offered to women who are found to have inadequate hormone production from their own ovaries during the first trimester.

In summary, abortion reversal for medical abortion is possible.  When the protocol is followed, it is successful in two out of three pregnancies when given to a woman who has changed her mind after taking the abortion pill.   As such, this option should be explained to all women who seek a medical abortion. It is a simple matter of open and honest informed consent.  Furthermore, it should be provided to any woman seeking this support after changing her mind. To hide this option from a woman or deny her access to this treatment is unethical.

Fortunately for Juanita and her baby, she found the abortion reversal network, which supported her change of heart in choosing to continue her pregnancy. My sincere hope and prayer is that all women are made aware of this life giving option—both at the time they are given the medication as well as when they might call a medical facility asking for help after having ingested the abortion pill. 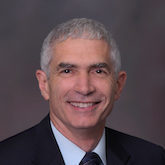 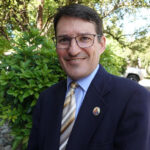 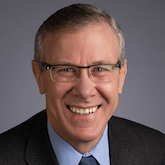 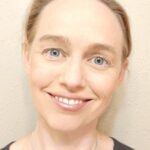 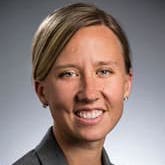 Holy Family Catholic Clinic would be honored to serve you and your family.